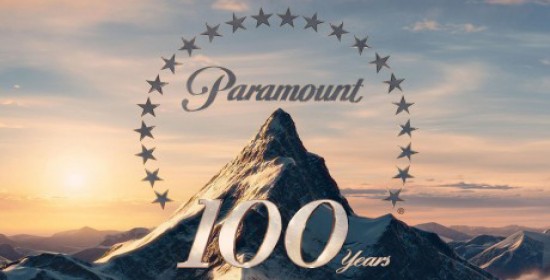 Five-star hotel launches can quite often be looked over in Dubai, but when Paramount Pictures puts its name to something we pay attention, interested in understanding how a major Hollywood film studio is going to approach the design of such a project.

Joining forces with DAMAC properties, who have produced residences by Versace Home and FENDI CASA, Paramount Hotels & Resorts announced the major joint development to be called DAMAC Towers by Paramount. The project, which houses four towers located in Downtown Dubai, will be home to the first ever Paramount Hotel and Paramount Residences. The project is due for completion and opening in 2016. 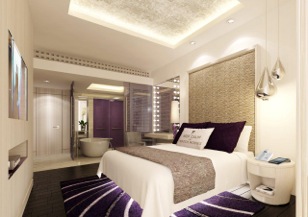 And yet, what is going to be different about this development? When a luxury fashion brand puts its name to a property – be it residences by Versace Home, FENDI CASA or Baccarat, a hotel by Armani, or a nightclub by Armani or Cavalli – you pretty much know what you’re going to get. It’ll be luxurious and impeccably designed, but it’ll reflect the fashion brand so closely that from a design perspective there aren’t going to be any surprises. This isn’t to say the above mentioned interiors aren’t amazing, they are! The Armani Hotel’s sleek black and grey minimalist interior exudes class and luxurious simplicity, and only a genius (we’re talking Roberto Cavalli here) could combine zebra print, purple lighting, black crushed velvet with enormous chandeliers all in one space, and still keep it sophisticated. It’s just that, as the properties are an extension of what is already a design brand, you know they are going to be, well, an interior version of a couture dress.

But how does one of the oldest, most recognized Hollywood film studios decide to design its hotels? We spoke to Thomas Van Vliet, CEO of Paramount Hotels & Resorts, back in December 2012, and he explained that he didn’t want the design to be obvious or tacky by including features such as a ‘Marlon Brando’ Cigar Lounge, and we agree. It was refreshing to hear a brand developing a hotel in Dubai and still wanting to maintain an element of innovation and creativity.

And at the launch we weren’t disappointed. The brand values - creativity, simplicity, collaboration, mystery and escape – show that Paramount Hotels & Resorts will be developed using the same creative process perfected by Paramount Pictures itself. The promise was to focus on innovative design and energizing concepts using the development to showcase media, music, design, fashion and the arts, “For the creative. By the creative.”

The designs were elegant and playful, hinting at the California lifestyle, with a definite yet subtle Hollywood film influence – floor lamps resembling studio lights, a dramatic installation made from light umbrellas. The lobby boasts theatrical high ceilings and celluloid themed structures and curves. The design concept is neither so obscure that film buffs will be disappointed or so apparent that design enthusiasts will cringe – and considering where our passions lie, all we can say is roll on 2016.